Last week, we discussed the significant drawbacks of using the S&P 500 SPDR (SPY) as a market exposure hedge. We established that 1) the SPY hedge is wildly common among the institutional investment community (40% of the SPY’s AUM is short interest), and 2) it carries an inherent long bet on Volatility - a negative premia factor that’s down 32% over the past five years.

Today we’ll show how we’ve built a better hedge basket using the constituents of the S&P 500 that removes the Volatility overhang, while not deviating far from the rest of the SPY’s exposures. We’ll also provide our weekly market and factor trend update.

Using only the constituents of the S&P 500 as the universe, we used our optimization engine to create a monthly rebalanced hedge basket with the following objectives and constraints:

For the purposes of discussion and comparison below we will refer to our version of SPY as “SPY VOLHEDGE”.

The resulting SPY VOLHEDGE basket has on average 201 securities over the past five years vs. the SPY’s 500, but is far more evenly distributed in weights of the securities in the basket.

Here are the top 10 constituents of each: 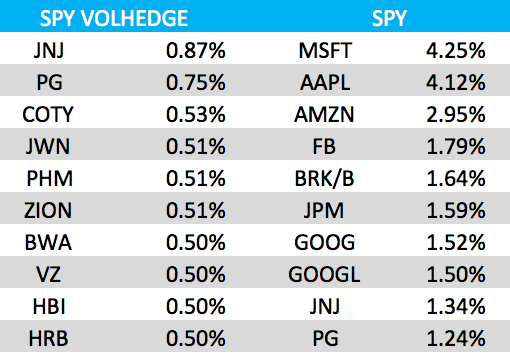 As we can see, compared to the SPY, our SPY VOLHEDGE basket maintains similar exposures relative to the SPY save for a few exceptions:

Volatility Our chief goal for this basket was to turn the SPY’s negative Volatility exposure into a positive one, so that our new hedge won’t lose money due to the natural negative performance of the factor. We were able to successfully increase Volatility exposure up to 0.29 (from -0.07) — a +0.36 change. Based on the annualized performance of the Volatility factor (-5.75% per year) this change alone brings a potential +2.07% incremental annualized return to an investor looking to hedge out SPY exposure.

Size - Because we want the SPY VOLHEDGE to have higher exposure to Volatility, the basket has a bias to lower market cap securities. Still, since all constituents came from the S&P 500, the smallest cap name in the SPY VOLHEDGE is NKTR at $2.89B.

Market Sensitivity - This basket is underweight higher beta names relative to the SPY.

Here, we see that the SPY (+71.07%) outperformed our SPY VOLHEDGE (+42.67%) by 28.4% over the past five years. Because these hedges are being used in the short leg of our portfolios, an investor would have seen an incremental +5.68% additional return per year by using the new basket rather than the SPY.

Breaking down the -28.4% difference in cumulative performance between SPY & SPY VOLHEDGE into its factor contributors, we observe:

We hope that this exercise was informative and helpful in demonstrating how factors can be used as a mechanism to optimize a common hedging task within the institutional investor community.

Please let us know if you’d like to receive the constituents of our SPY VOLHEDGE basket. We’re happy to discuss implementing it in your portfolio, or developing a different basket that can meet your needs. 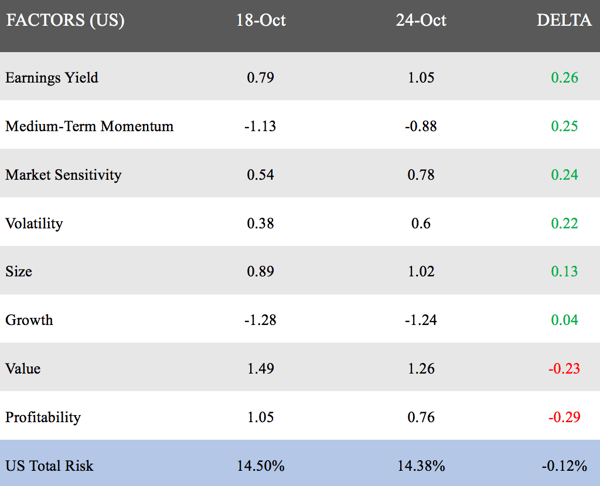 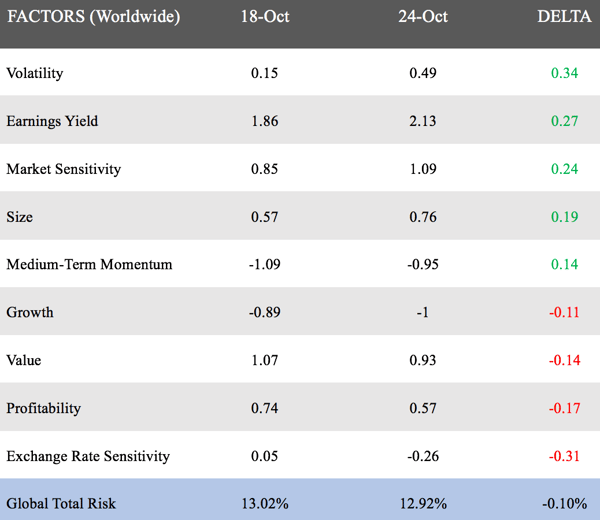