Since the kickoff of our “Summer of Sustainability,” we’ve been truly encouraged by the feedback we’ve received from our readers. It’s apparent that not only has interest in ESG among investors been growing over time, but that allocators are increasingly demanding that money managers incorporate an ESG framework in their strategies. Because ESG is such a potentially nebulous concept, it’s vital that we establish a measurable and rigorous approach to finding a way to invest in ESG. This week we’ll take a look at the individual pillars of ESG by measuring performance of our individual Environmental, Social, and Governance portfolios.

Starting this week, we’ll be flipping the order and diving straight into our Factor Spotlight discussion, then sharing our weekly market and factor (US and worldwide) updates.

This week, we’re going to take a look at performance trends over the past five years for the Environmental, Social, and Governance portfolios that we’ve built using OWL Analytics’ ESG data and KPI hierarchy. 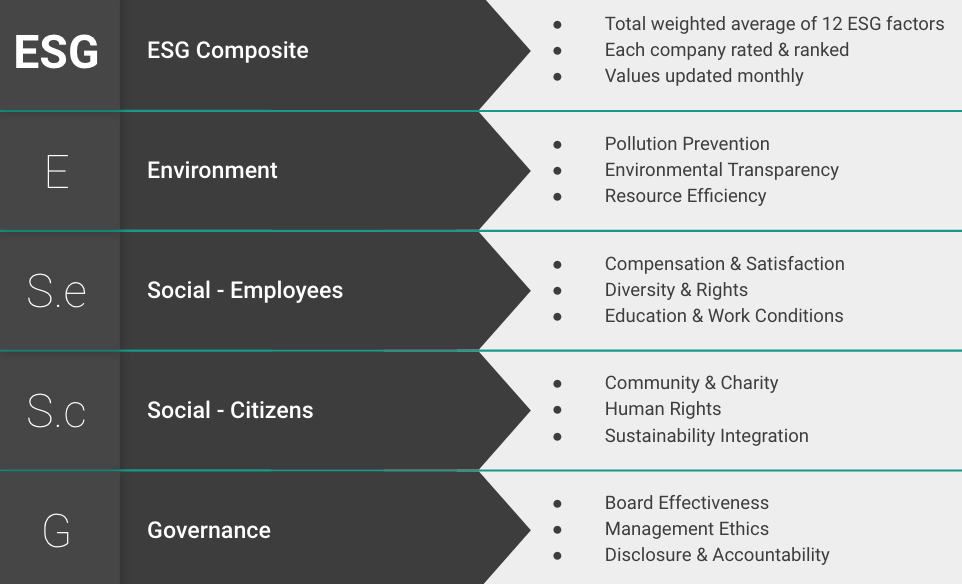 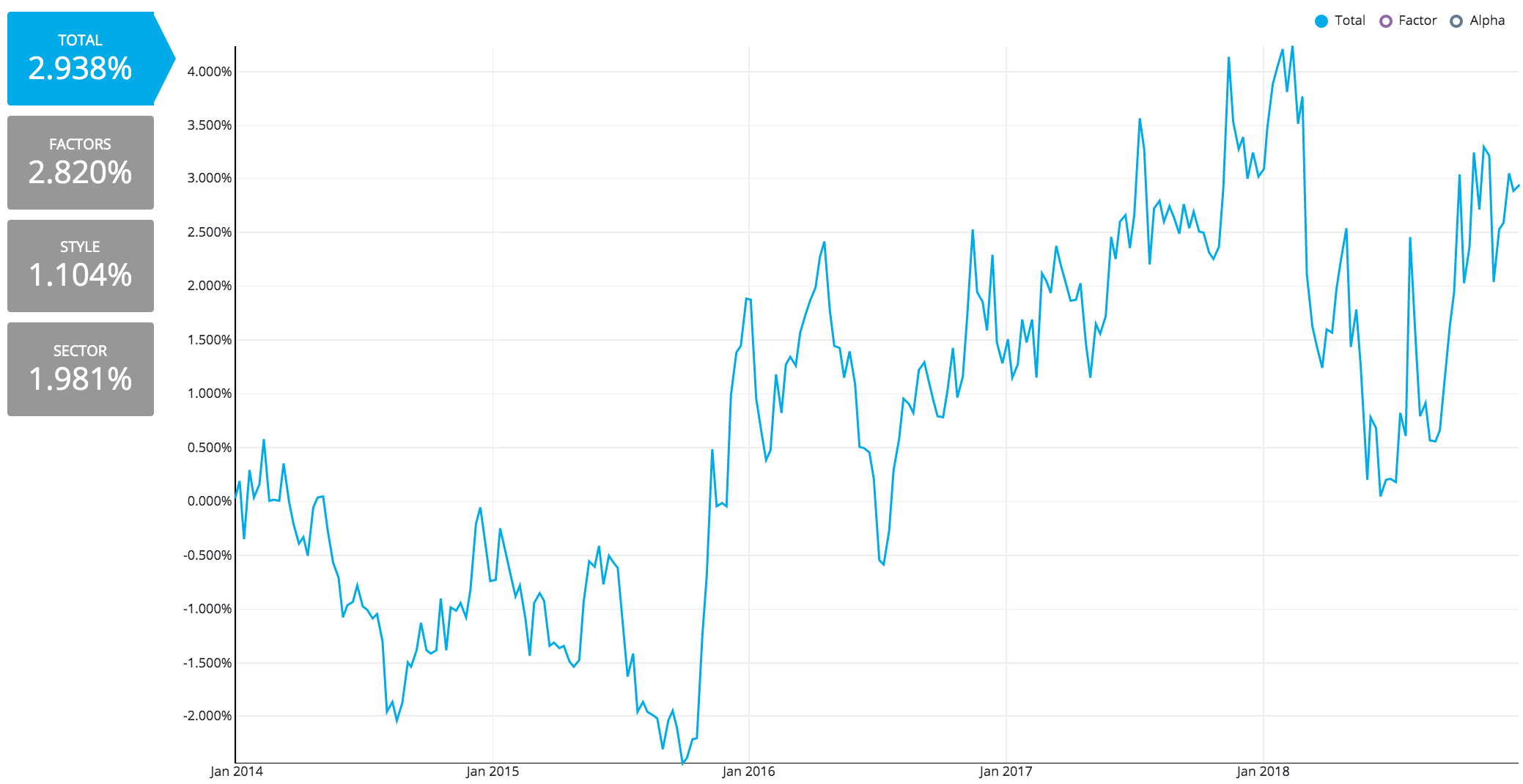 The Environmental portfolio saw positive performance during this period, up almost 2.94%. Of that return, 2.82% was factor driven, while 0.12% was derived from alpha. This portfolio had a huge gap up towards the end of 2015, drifted upwards for the next few years (barring a steep tumble in mid-2016), and then took a pretty big fall in 1H2018 (-2.9%). That decline was driven by -1.44% contribution from alpha and a simultaneous (-2%) drawdown in the Size factor (this portfolio had 0.3+ exposure to Size). It appears to be recovering since then. 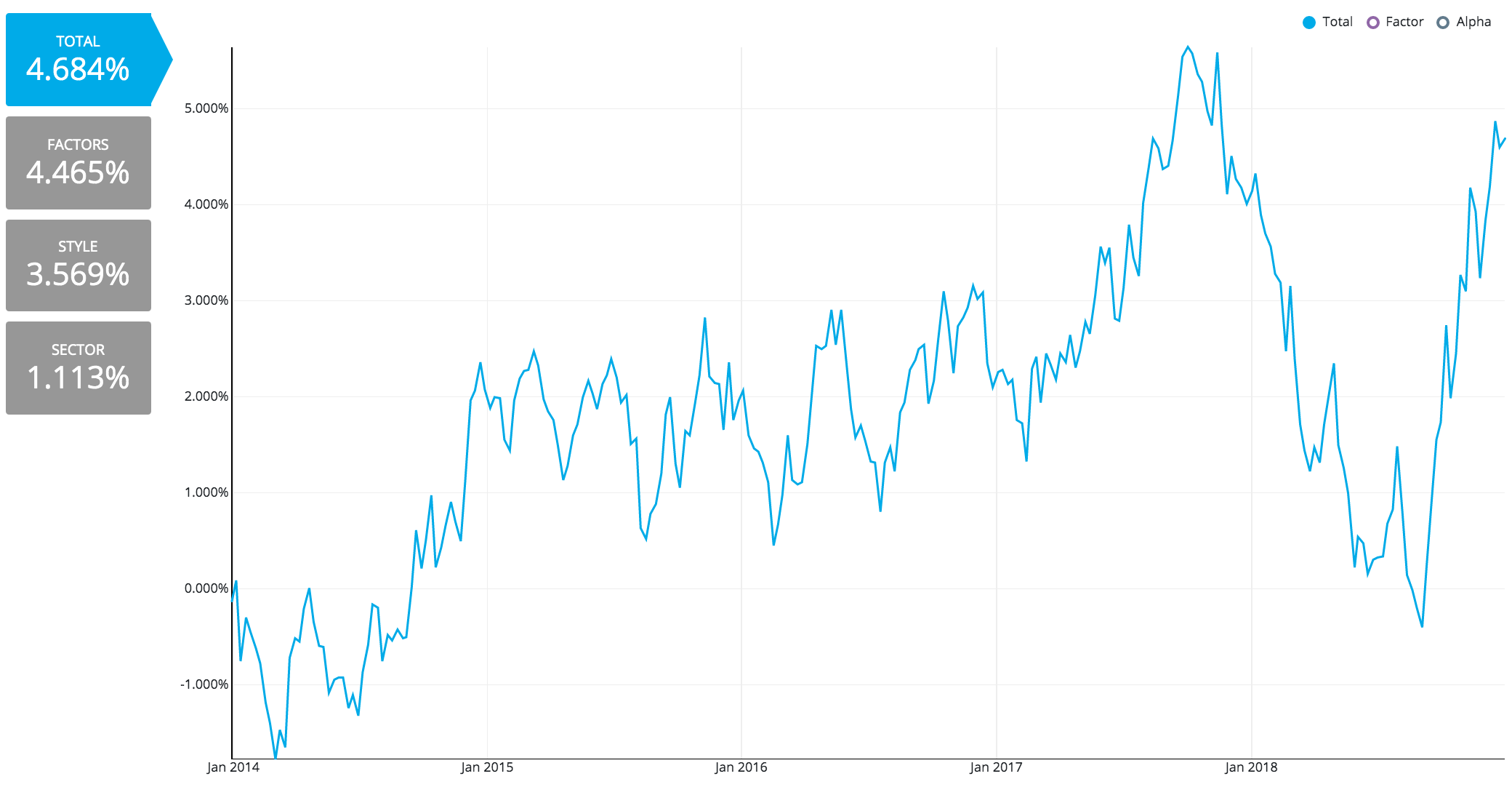 The Social portfolio was up nearly 4.7% during this period, with 4.47% of that performance coming from factors, and 0.22% from alpha. This portfolio had generally drifted up since 2014, then peaked at +5.6% in Oct 2017, then took a severe tumble over most of the next year. That 2018 tumble can be mostly attributed to negative alpha contribution (-3.31% from 1/1/18 - 9/4/18) as well as collateral damage from the crash in Size. The recent trend is one of very sharp performance growth, mostly driven by the rebounding Size and Volatility factors. 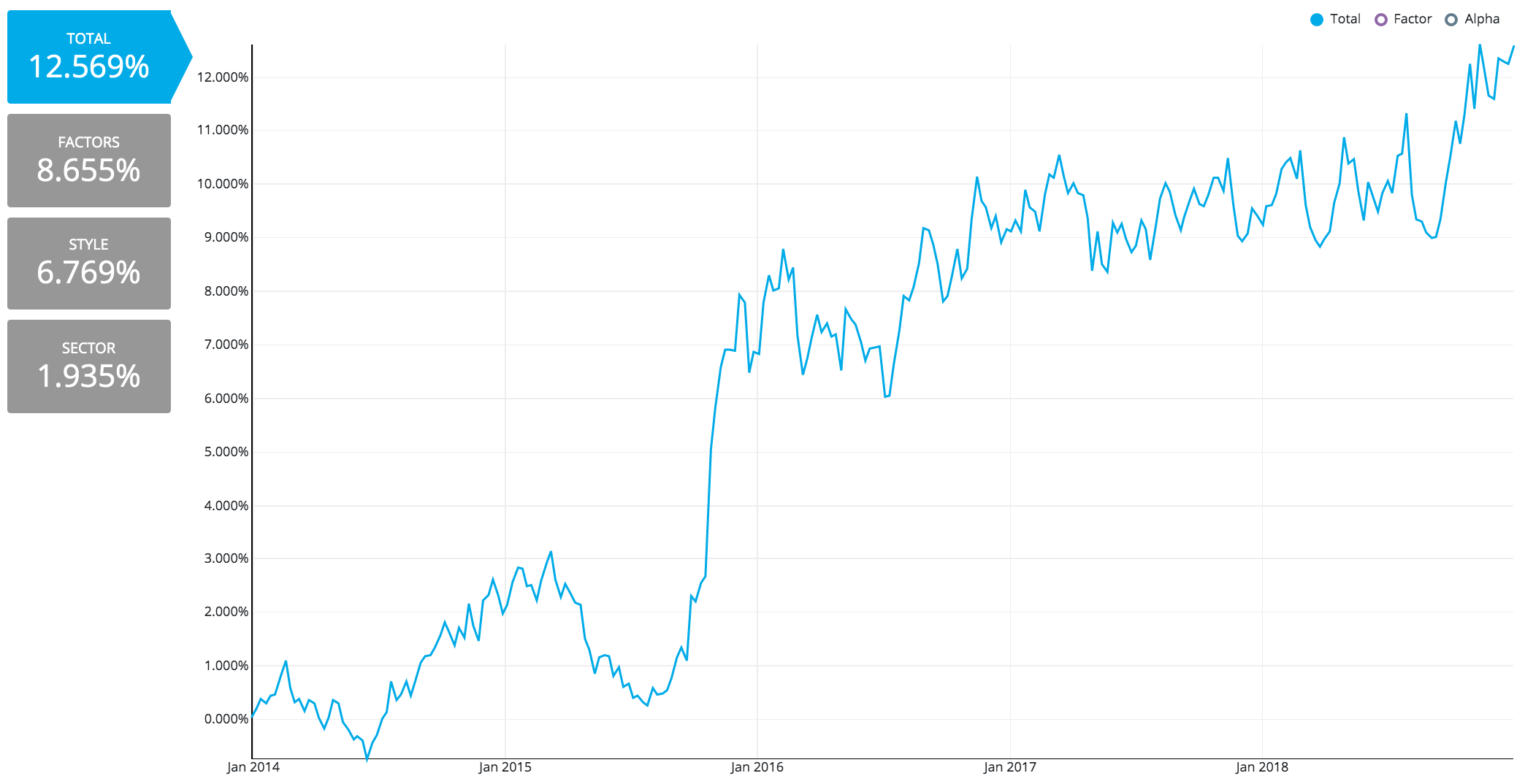 The best performing of these portfolios by far, 8.7% of Governance’s performance was factor-driven, while 3.91% of it was from alpha. Other than one period around mid-2015, the trend for this grouping has been overwhelmingly positive, with return appearing to get even better during the market correction at the end of 2018.

It’s clear that for now, the strongest leg of the ESG triumvirate is the Governance portfolio, which vastly outperformed its peers. It may be obvious, but the market has always had an appetite for well-run companies with limited risk for fraud. An investment in any of these portfolios would have made you money, however, and it appears that the recent trend in all three portfolios is getting more positive. We suspect that as sustainability continues to calcify its role as a staple of modern investing, these portfolios will do well, and potentially see more alpha enter into the mix. 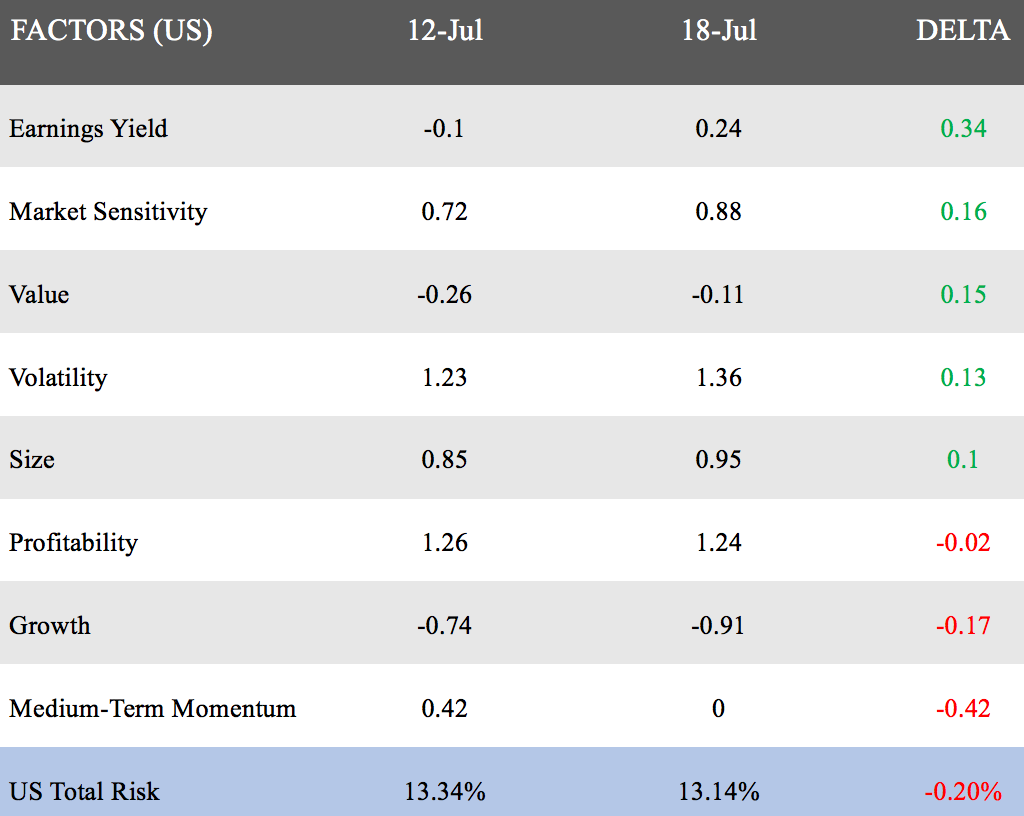 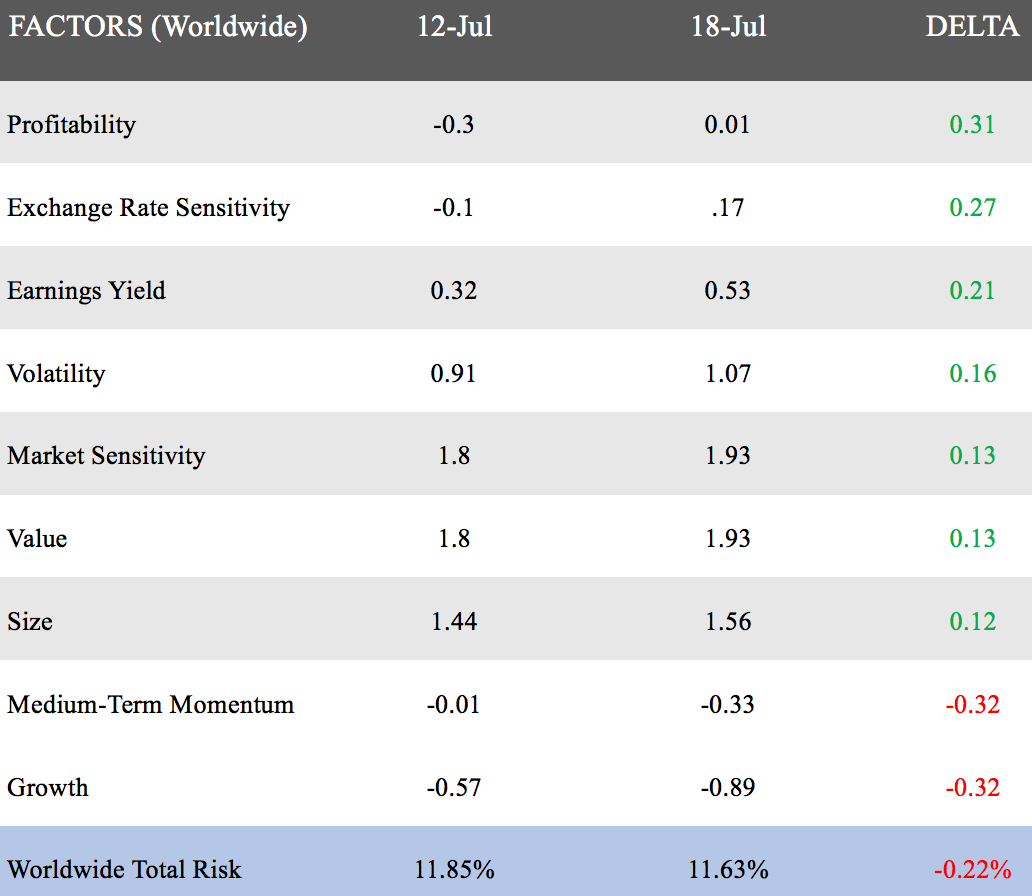