Due to the recent outsized factor moves in the recent week, we are releasing a Factor Spotlight Special Flash Report. Although the S&P 500 remains near all-time highs, we will examine what is lurking below the surface and what everyone talking about—-- the fallout of Momentum.In order to get this out quickly, we’ll focus on several key observations below, which we summarize here:

The chart below on the right shows the pure Momentum Factor (measured in our US model) has lost 4.65% (and almost 2% on September 9th alone) since hitting a peak on 8/27/2019. This peak-to-trough move matches the one seen in the 2016 “Factormaggedon”, but is still far from the near 20% peak-to-trough move occurring in 2008-2009 during the period of the Great Financial Crisis.

Decomposition of the Russell 1000 Momentum Portfolio

To do a deeper dive, we will analyze this using our Russell 1000 market-neutral Momentum portfolio. As a reminder, the methodology we use to build the portfolio is as follows:

2. Combine the two portfolios into one Long/Short portfolio that is a) market neutral, b) equal weight, and c) rebalanced each day to remain equally weighted.

OBSERVATION 1: RALLY IN SHORT SIDE OF MOMENTUM AS FAR EXCEEDED LONG-SIDED DECLINE

The short side rally started the momentum reversal on 8/27, while the long side didn’t really see much action until 9/5.

PERFORMANCE DECOMPOSITION OF THE SHORT SIDE

When we took a deeper look into what was causing the short rally we discovered that it was largely driven by the energy industrial complex (Energy, Materials, and Capital Goods), particularly by a rally in a particular sub-sector within the Oil & Gas Sector, the Exploration & Production (“E&P“) names (see table below). These are companies that have recently been called out as being super cheap, trading at 4-5x earnings given the overhang of shale gas production. 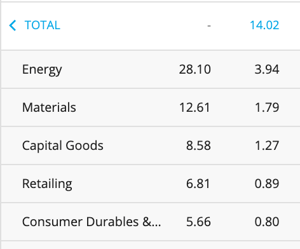 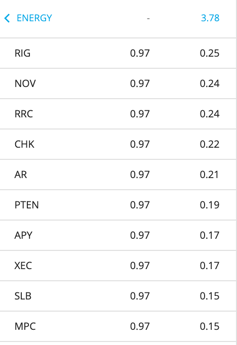 PERFORMANCE DECOMPOSITION OF THE LONG SIDE

The long side decline in Momentum is largely driven by Software & Service, and in particular Enterprise SaaS cloud software names. These stocks in particular are getting crushed. According to fundamental PMs, these are the names that are up 70-100%+ on the year on high sales growth but have negative earnings. As opposed to the broader technology sector, these are “growth at all cost”, huge opportunity stocks that have been priced to perfection and have seen sharp reversals recently. It appears that investors are worried about increased competition within the sector itself and diminishing market growth opportunities in the near-term. Interesting to note that every name in this list, with the exception of PAYC has gone public recently. 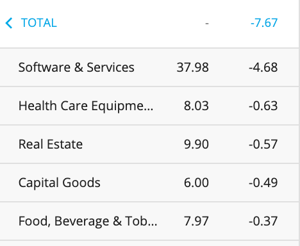 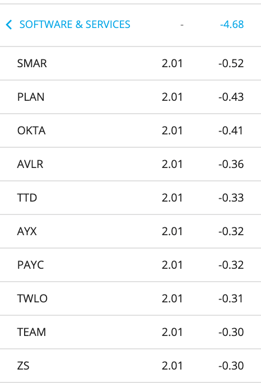 OBSERVATION 2: SOFTWARE IS AT AN ALL-TIME HIGH IN ITS CONCENTRATION IN LONG MOMENTUM NAMES

Software concentration in Momentum is at levels never seen (see below chart). Prior to the 2016 “Factormaggedon”, it was only 10% of the long momentum names in the Russell 1000. In late July, it peaked at a 35% concentration and has since dropped to 25%, which is still far higher than anything we’d seen in the past. 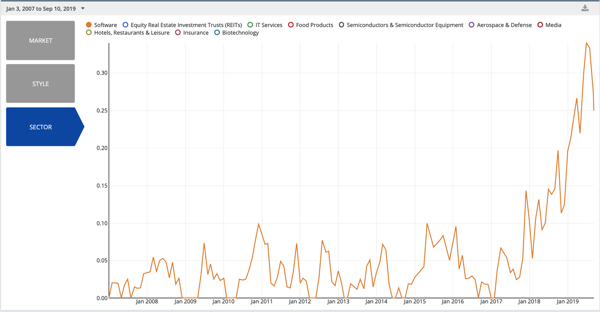 E&P concentration on the Momentum short side has been building up for the last year, but not as high as seen in 2015. That said, recent history (2015 and 2018) suggests that investors can push these names out of the short momentum side. 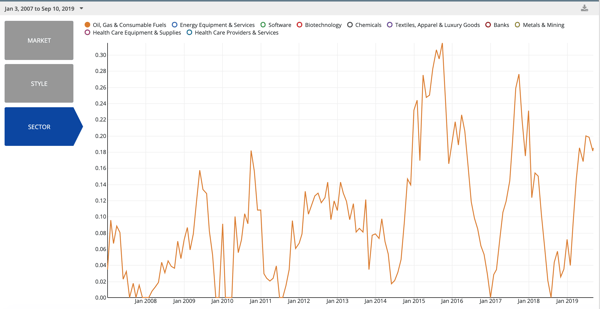 Software & Services was the key sector in the Hedge Fund Concentration factor leading up to rotation — peaking on on 7/9. As hedge fund managers all piled into these stocks and did so with increasing leverage, the sector was vulnerable to an aggressive reversal.

E&P has been the highest Hedge Fund concentration sector on the momentum short side. Antero Resources (NYSE: AR) tops this list and is well-known for being a popular short name.

Although the popular explanation for the big move in Momentum is described as simply a Growth rotation into Value, as we can see from above, that is only part of the story. Our review of the Overcrowding Factor indicates that this move is largely driven by hedge funds, and more specifically quants, as the E&P sector by virtue of simply being the cheapest, becomes the beneficiary of a concerted rotation. The lack of dispersion between the names in the sector supports this view and may also indicate that Medium-Term Momentum still has room for further downside.

We'll continue to follow the trend in Momentum as it is something we've been fielding a lot of questions on. Let me know if you'd like to discuss any of these insights further on a call.