Last week, we discussed how Growth and Momentum are both overbought in our normalized return framework, and urged caution to managers who are long exposure to those factors (most notably Tech investors). This week, we have an update on how these factors have trended (spoiler alert: Momentum is now reverting) and see what we can learn from historical instances when Growth and Momentum have reverted concurrently from similar heights in the past.

Before we dive in, let’s take a look at the past week's market and factor action: 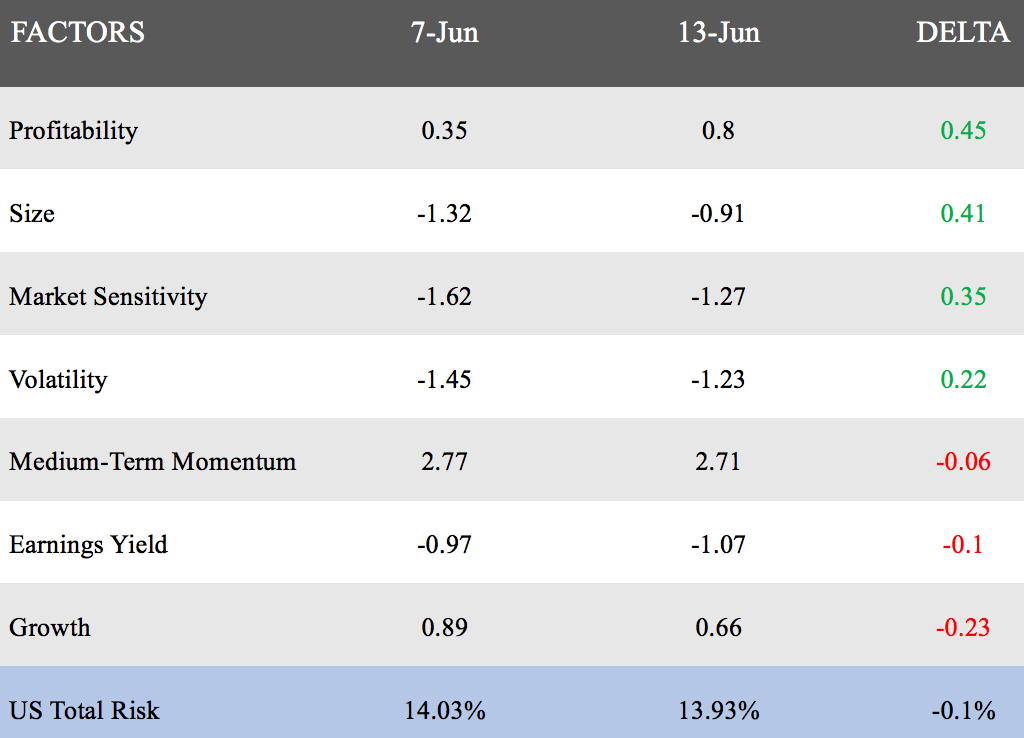 Growth Has Reverted Back To Neutrality

In last week’s Factor Spotlight, we outlined how Growth had seen a steep rally over the past couple of months, peaking at +1.09 standard deviations above the mean on 5/31. It has since reverted at a decent clip, falling -0.23 SD’s in the past week alone, now sitting at 0.66 SD above the mean (Neutral). If we take a look at the past 12 months of returns, we can see what the reversion pattern has looked like compared to what we’ve seen over the past few days.

This factor had seen an even more improbable run-up on both a cumulative and normalized basis, and appears to have just peaked on 6/10/19 at an astronomical +2.79 SD above the mean. There have been few occasions since the beginning of the model lookback period (1/1/2007) when Momentum has come close to these heights. In fact, there has only been one instance where normalized returns were higher than +2.79 SD, a stretch in July 2015 when returns hit +3.49 SD above the mean (7/20/15). We’ve now seen a reversion in this factor over the past three days, with normalized return falling to +2.71 SD above the mean on 6/13/19.

Medium-Term Momentum is defined simply as cumulative return over the past 12 months, excluding the most recent month.

We took a look through historical data to achieve an understanding of how Growth and Momentum have behaved in the past when reverting from similar heights as the ones they’ve reached in the past few weeks. Since Jan 2007, there have only been three periods where Growth was 1+ SD above the mean and Momentum was simultaneously 2+ SD above the mean. Below are charts showing how each factor behaved in the three months after hitting those thresholds. 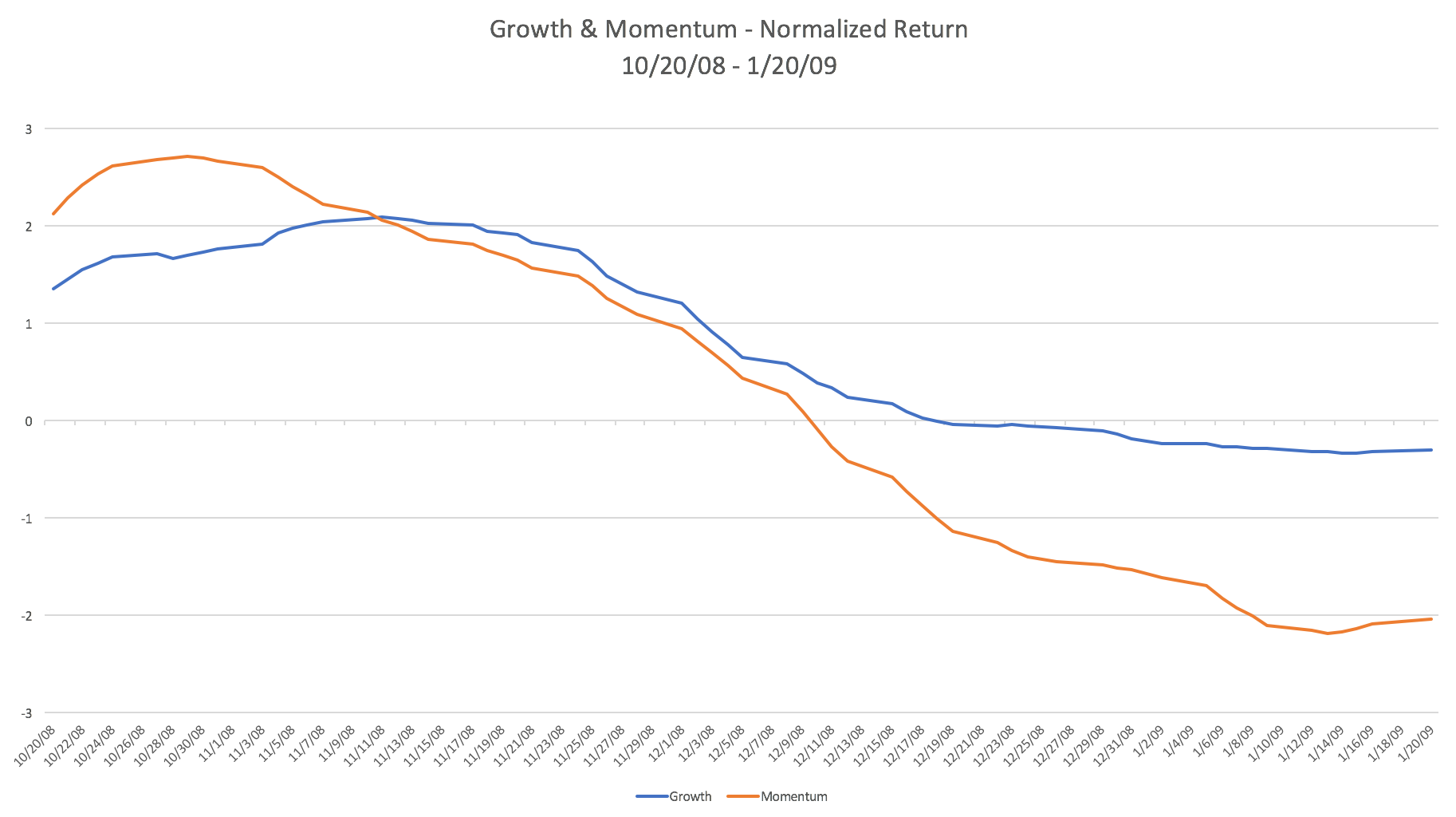 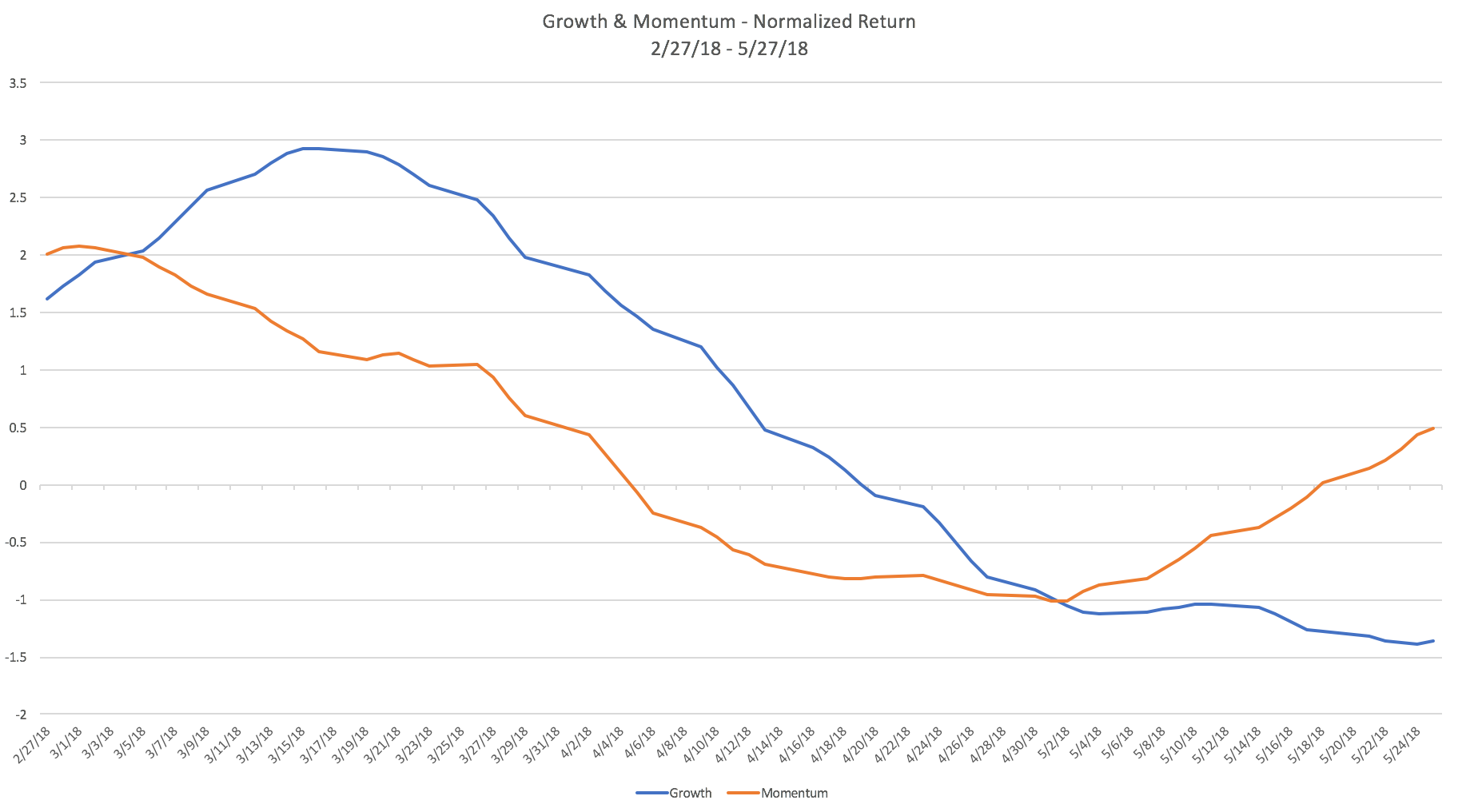 12/27/18 - 3/27/19
Even more recently, these factors hit the stated thresholds at the end of 2018, and saw a similar pattern to the previous regime - Momentum reverted to a steep bottom of -1.71 SD below the mean on 2/20/19 and then started to bounce back, while Growth drifted further down into Oversold territory.

As we continue to watch both Growth and Momentum fall away from their most recent peaks in early June, history suggests that a sustained and concurrent reversion is in store for both. We might also expect to see Momentum recover from a bottom quicker than Growth. One last item to note is that of the four instances when Growth and Momentum surpassed the +1 and +2 SD thresholds at the same time, three of them have happened in the past 16 months. These trends are important to follow, particularly if your portfolio has considerable exposure to either or both of these factors. Please let me know if you’d like to better understand your relationship to these factors or how you can use our Security Search tool to find stocks that can help you mitigate that exposure.