In our last Factor Spotlight, we delved into the recent behavior of beta to understand why this measure has been less useful in helping investors hedge market risk. We highlighted the apparent de-coupling of beta from the general market based on the decreasing correlation of the Beta factor return to the Market factor return using US and global equity risk models from Axioma and MSCI Barra.

This trend has been underway for some time, but has steepened over the past 3 years and has gone into a particularly sharp decline since the March 2020 COVID downturn.

This week, we start to dive into market trends that are potentially pushing beta to its demise.

Most market investors know and understand beta like the back of their hands. Conceptually, beta is intended to explain a stock’s price movement relative to the broad market. If a stock has a beta of 1.5 and the market moves by 10%, we would expect the stock to move by 15%.

However, it may not be as straightforward as we think.

As you can see from the interpretation of beta, the measure is only meaningful in the context of the universe used for the calculation. A key assumption here is that beta is actually calculated relative to a broad universe.

But, what happens when the benchmark or universe used is no longer representative of the of the broad investable market?

Concentration Could be Throwing off Beta

It’s no secret that common benchmarks, which are market cap-weighted, are becoming increasingly concentrated as the FAANGs of the world continue on their trillion+ dollar trajectories. Currently, the top 10 names in the Russell 3000 (proxied using IWV) and the MSCI All Country World (proxied using ACWI) make up over 22% and 14%, respectively, of the benchmark by weight.

Given beta is being measured relative to these highly concentrated universes, it’s possible that the standard measure of beta may become misleading as a measure of general market risk.

Looking at market cap-weighted universe concentration over time shows a trend that appears to coincide with the breakdown of beta vs market correlation.

As the charts above show, the effective number of assets in the US and global universes has declined rapidly, especially since 2016.

For the US universe, the effective number of assets peaked in June 2014 with 249 assets and hit a trough in August 2020 with 90 assets, which represents over a 60% decline.

Like the sharp decline in beta vs market correlation over the past 3 years, especially in 2020, we also see the effective number of assets have declined sharply over this period for both universes.

Is There a Better Way to Measure Market Risk?

Intuitively, the heavy concentration in today’s market universes could be a good explanation for the general feeling that beta is “broken”. Though the effective number of assets does appear to be on a slight rise again, it may be risky for investors to continue relying on standard calculations of beta as the best tool to measure and hedge market risk. Perhaps, reframing how we view and calculate market risk could be a key to restoring beta’s usefulness for investors.

In next week’s Factor Spotlight, we will continue to investigate the dynamics of beta and look for ways to measure market risk in a more holistic manner. 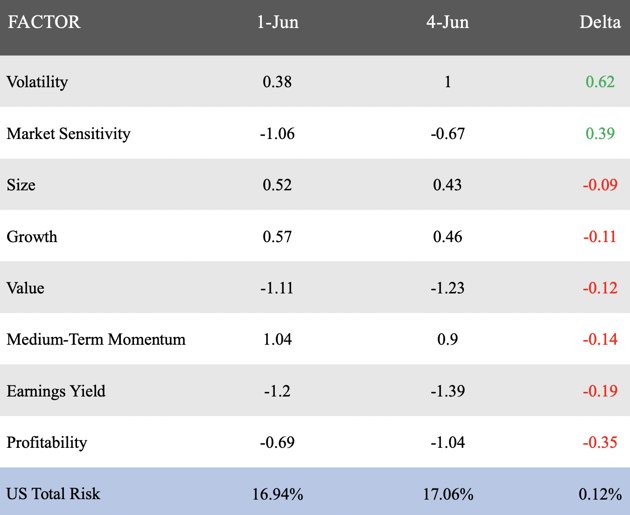