Omer Cedar
April 21, 2019
We hope you've been enjoying the holiday weekend. Today, we'll be examining Total Risk in the global market (using the ACWI as a proxy) to see how it has trended over the past 12 months. Similar to the exercise we ran on the US market last week, we'll seek to further our understanding of the recent market recovery through a global risk lens, and then compare it to the recovery of early 2016.

The market ended essentially flat in a holiday-shortened week, ahead of next week's busy earnings calendar (35% of the S&P 500 will report). While the major indices hover near record levels, it's noteworthy that trading volumes have been suppressed — the rolling 10-day average of total composite volumes are at their their lowest since 9/12/18. If the average volume for April persists, it would be the most illiquid April since 2013, according to Dow Jones Market Data.

News also came out on Friday that US homebuilding fell to a two-year low in March, providing a counterpoint to some of the more sanguine data that we've seen recently in retail, trade, inventory, and construction spending. 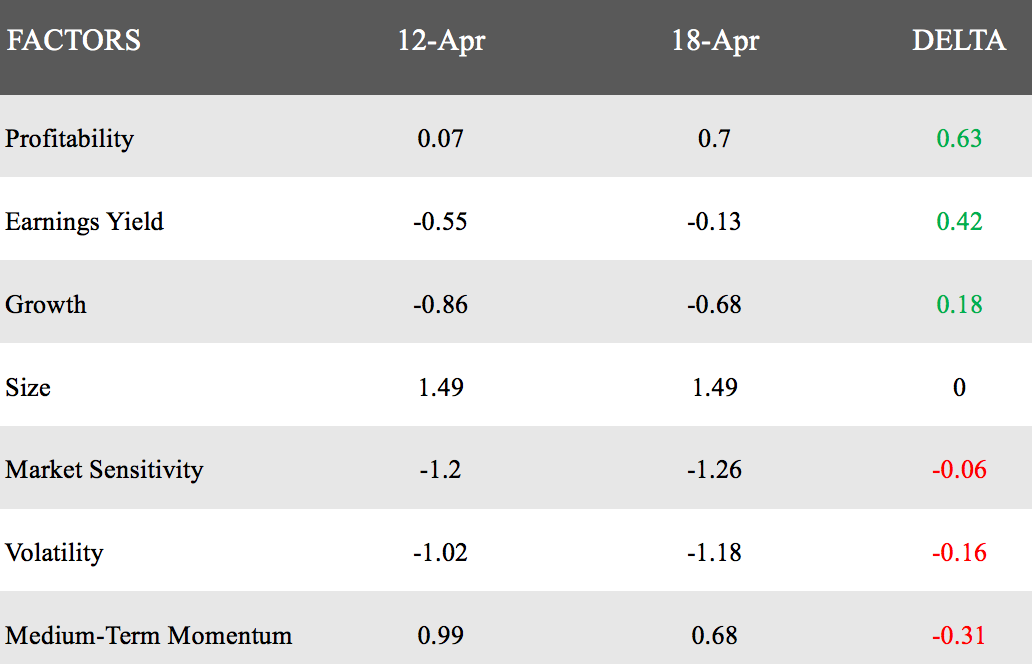 In last week's Factor Spotlight, we looked at Total Risk in the US over the past 12 months and determined that while Total Risk has fallen over the past few months, it remains elevated and hasn't dropped as quickly as it did during the recovery of early 2016. This week, we'll use the worldwide model to examine Total Risk in the MSCI All Country World Index (ACWI), which captures large and mid-cap representation across developed and emerging markets. With a broad constituent base of 1,377 securities, this index works well as a bellwether of the global market.

As a reminder, Total Risk is a measure of the combination of individual stock risk and factor risk in the market. We're not only considering volatility, but also the correlation between securities and factors.

With that in mind, let's now take a look at Total Risk for the ACWI over the past year. 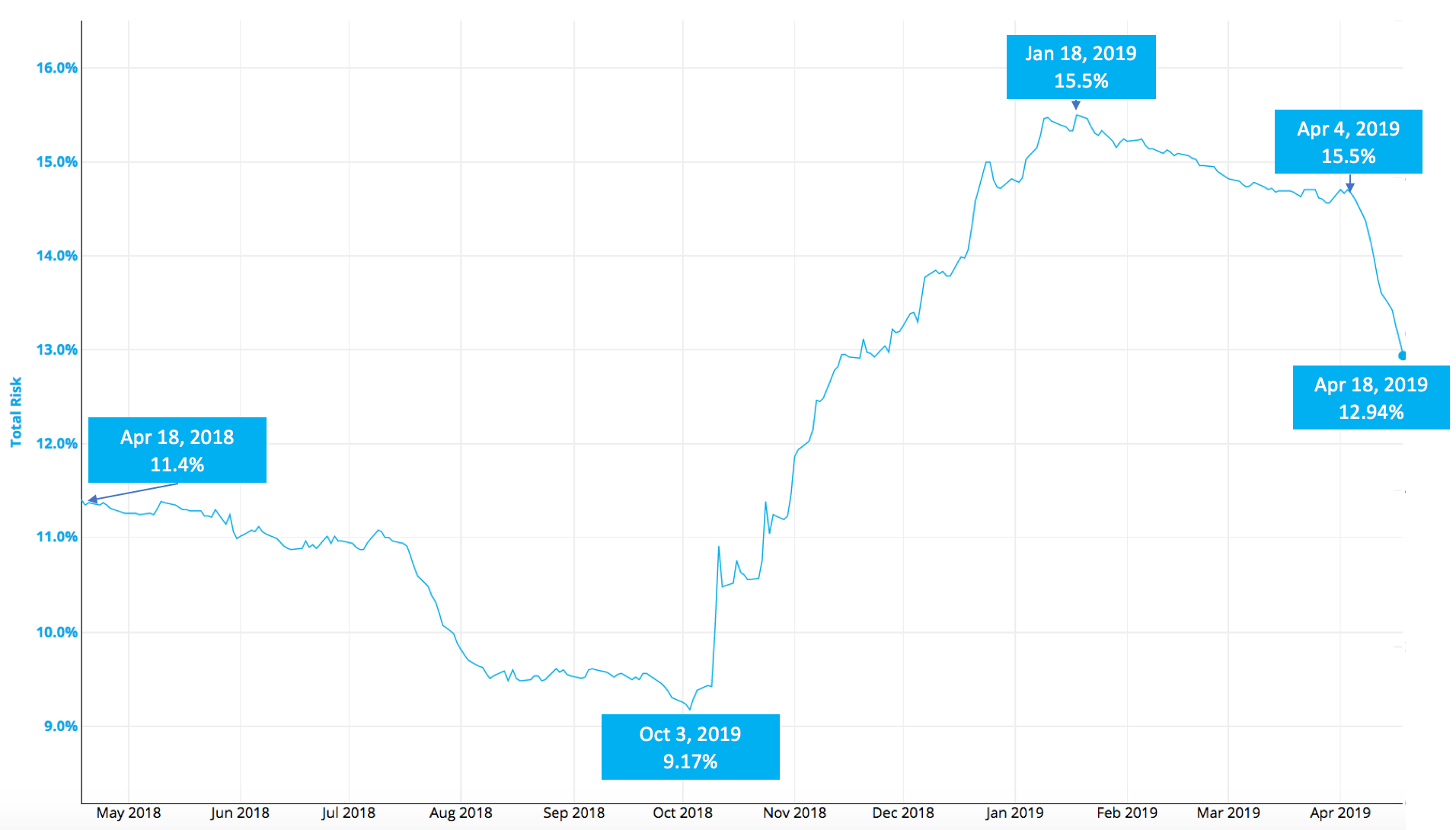 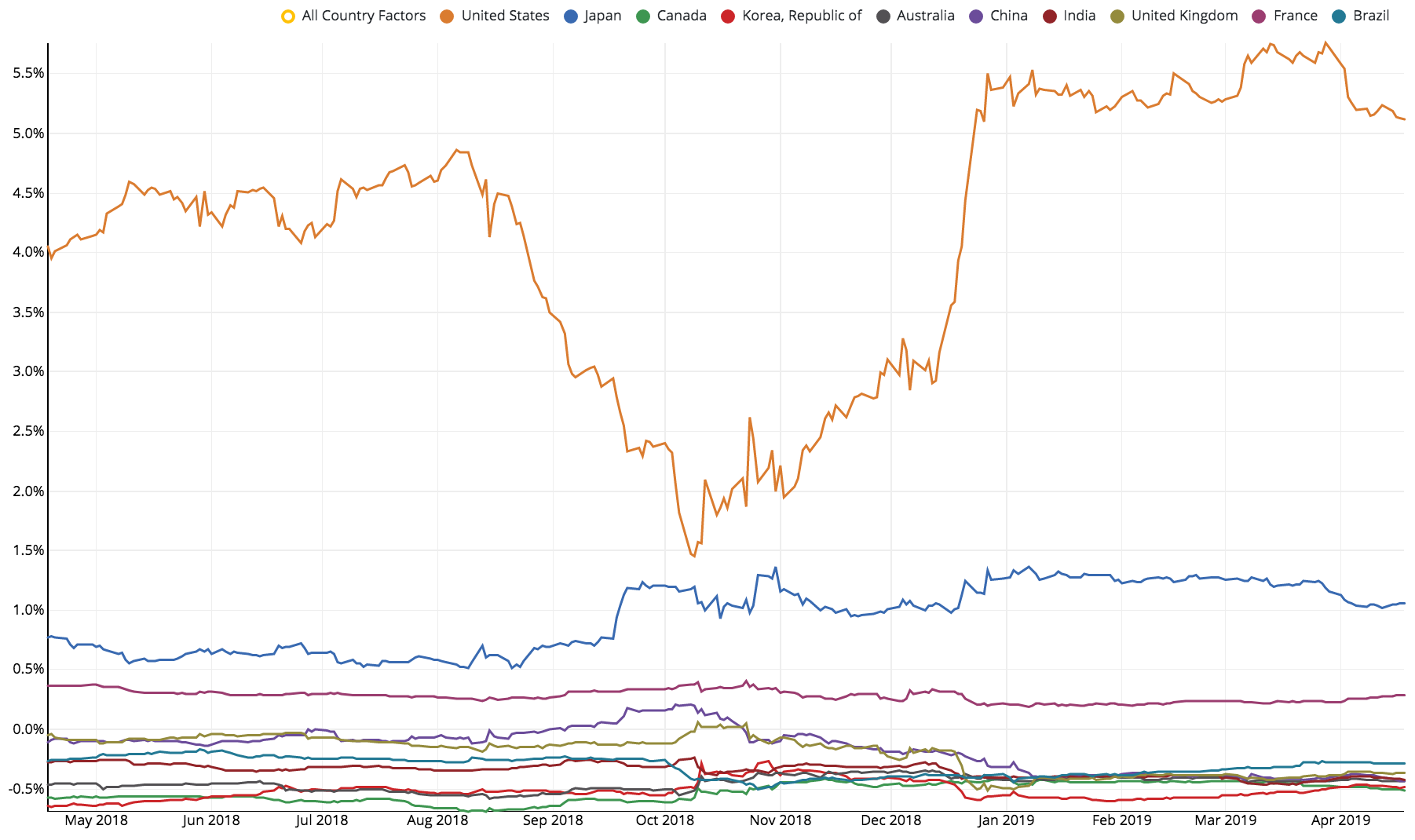 For more context, let's extend the Total Risk chart back to Factormageddon 2016: 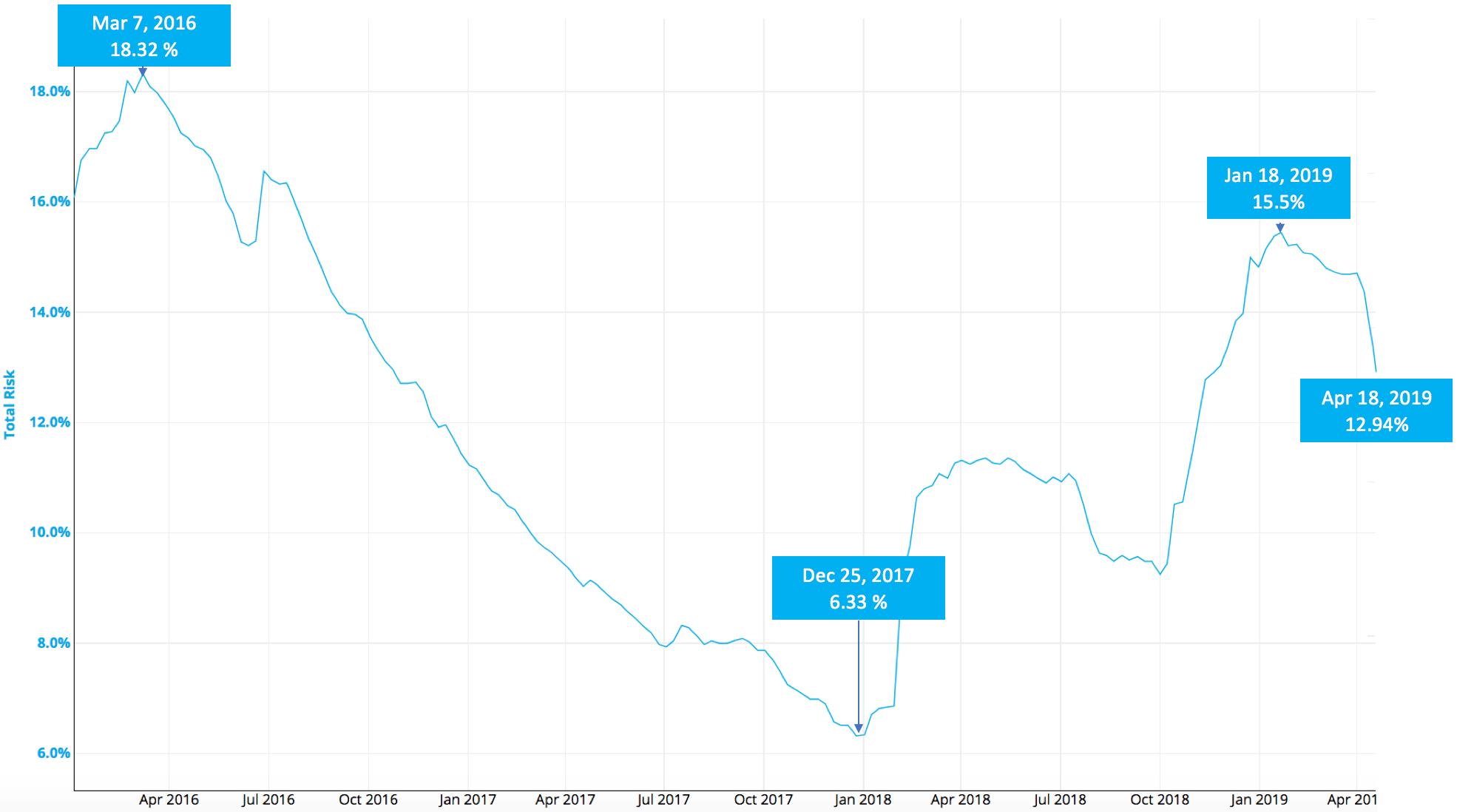 Total Global Risk remains elevated, but less so than in the US. Similar to what we observed in the US, we see that the initial slope of the decline in global risk in January was slower than what we saw during the recovery of early 2016. The rate of risk reduction has really picked up as of late, with risk falling 1.72% over the past two weeks. We'll continue to monitor this trend to see if the chart is telling us investors are truly coming back into the worldwide market.

If you'd like to learn more about Total Risk or better understand your portfolio's relationship to factors, please don't hesitate to reach out.