Today, we'll be taking a break from examining current trade entanglements through the lens of the Exchange Rate Sensitivity factor. Instead we'll check in on Growth and Medium-Term Momentum, two factors that have seen rapid gains in our normalized return framework over the past few weeks. They've both recently been flagged as Overbought and Extremely Overbought, respectively, and now appear positioned to revert in the near term.

Let's first take a look at the past week's market and factor action: 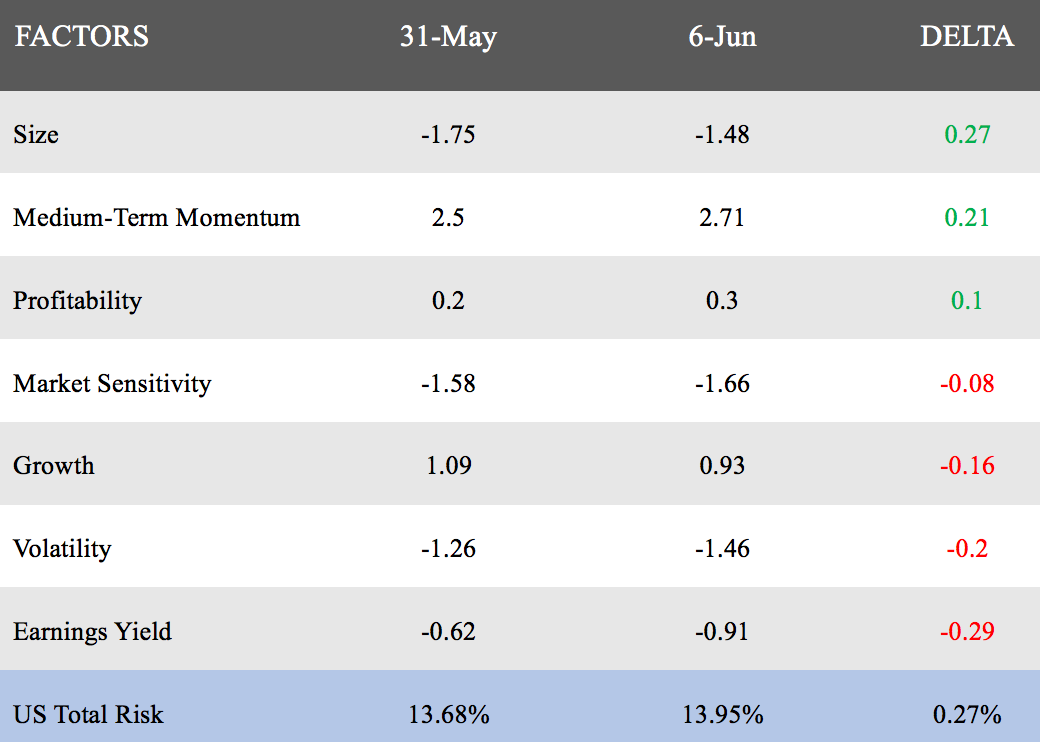 This factor has enjoyed a fairly steep positive return trajectory on both a cumulative and normalized basis. In fact, if we look at Momentum's historical performance, we can see that it currently sits +0.57 standard deviations higher than its previous peak over the past 12 months (+2.14 SD above the mean on 12/31/18).

Momentum was at a neutral +0.34 SD above the mean on 5/6/19, and has shot up 2.37 SD's in the past month. As the factor approaches almost 3 full standard deviations above the mean, it's important to note that in the past it has tended to sell off around the +2 standard deviation mark, suggesting that a potential reversion towards the mean could occur in the near future.

As a reminder, Medium-Term Momentum is defined simply as cumulative return over the past 12 months, excluding the most recent month.

After hitting a recent nadir of -1.14 SD below the mean on 3/28/19, Growth saw a substantial rally on both a cumulative and normalized basis.

It appears to have hit a normalized peak of +1.09 SD above the mean on 5/31/19 (when it was labeled as Overbought in our framework), and has already started reverting back towards the mean.

We haven't seen a simultaneous rally to this extent in these two factors in quite a while, and the implications of a reversion in both of them may be wide-ranging. This is doubly true for tech portfolios that have significant exposure to both Growth and Momentum. In fact, IGV (the iShares Tech Software ETF) is the most correlated ETF across both Growth & Momentum, which for most factors is an atypical sector concentration.

Using our Security Search tool, we're able to quickly identify the names that have the highest exposure to Growth and Momentum within a certain universe. Here, we used the Russell 1000 to find the top 10 companies in terms of exposure to each factor. 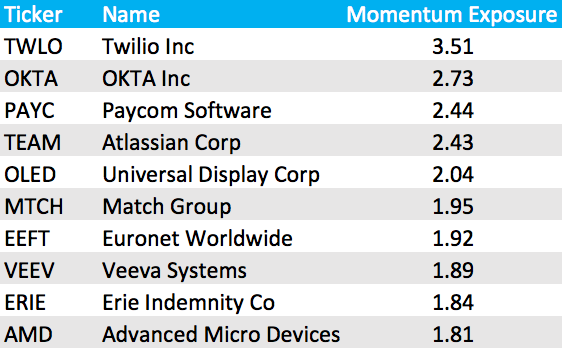 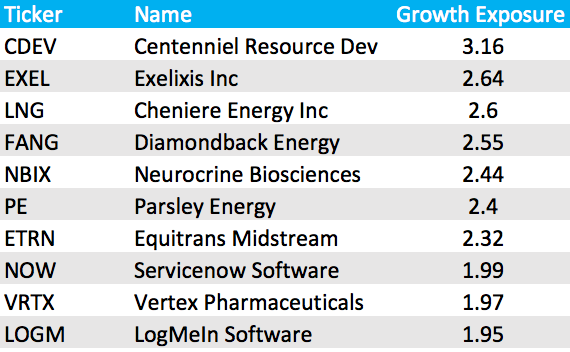 We'll keep an eye on these factors and provide an update next week on how they're trending. If you'd like to learn how to use Security Search to find stocks that match your desired criteria, or would like to better understand the effect a reversion in these factors may have on your portfolio, please don't hesitate to reach out.